Eternal values through the eyes of a young Cameroonian refugee who settled in Germany
Yves Julio Waffo is from Cameroon. After the early death of his parents, he went to Europe, where he wandered for months together with his brother. A few years later, the refugee ends up in Germany, where he becomes a young father and receives the profession of a nurse man. Attentive and affectionate both with loved ones and with patients, Yves Julio notes that the attitude towards illness and death among the Germans is completely different from that in his culture. He also notes that it is very difficult to meet the needs of patients by following the general guidelines for daily care.

The production of the film was supported by the Film and Media Foundation of North Rhine-Westphalia. 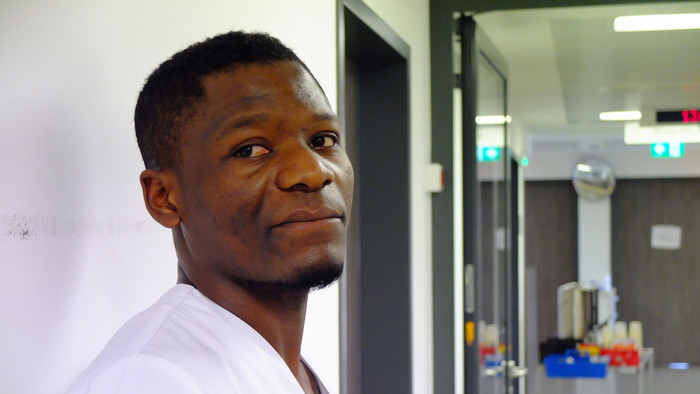